In 2021, China was ranked 17th on the World Watch List, which ranks the countries of the world in terms of their level of danger to Christians. The report says Christians are facing increasing pressure from Chinese authorities, in part because of the world’s toughest and most sophisticated surveillance system.

Open Doors President and CEO David Curry, in an interview with Christian Headlines, said “the situation in China is only getting worse day by day.

Chinese Communist Party Chairman Xi Jinping is eager, but not yet able, to eradicate the country’s Christians. The report states that there are about 96 million Christians in China.

He is slowly choking the Christian faith, and he does it with high-tech surveillance. They observe and keep track of everything they do, where they go, who they talk to and more, using facial recognition software and other special equipment.

Christians in China must attend government – approved churches, which face strict rules such as editing sermons. Because of this, many Christians attend illegal underground churches.”

“Chinese law does not allow children under the age of 18 to attend church. If earlier they sent pastors to prisons and demolished crosses from church buildings, now they began to forcibly remove children from Christian families, threatening to send them to re-education camps.

Thus, the parents must either teach them at home on their own, or surreptitiously recruit them to some church. If they are caught, then the children may be seized, older teenagers may not be admitted to the college of their choice, they may not get a job in the future, their parents may lose their jobs and various other sanctions, ”Curry said.

The pandemic has given the government a good reason to track down its citizens. “While all churches closed during the pandemic, some churches were forced to remain closed after restrictions began to be lifted,” the report said.

“Christian leaders tend to be the prime target of government surveillance, and there are even cases where they have been kidnapped. Muslims and Buddhists who have recently come to believe in Christ face the most serious violations of religious freedom because they are persecuted not only by the authorities, but also by their families and communities.”

“With the crackdown on state-sanctioned churches intensifying, there is no longer a safe place for Christians in China,” Curry added.

Excavations in the death camp: archaeologists have returned the names of children who died in Sobibor 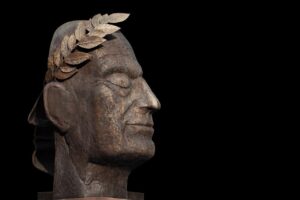 Lessons From the Church Under Caesar 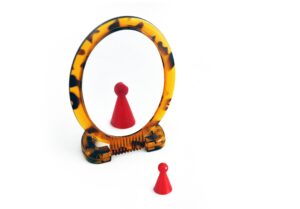 Don’t allow your ego stand between you and the Lord SIMCHAT TORAH: THE JOY OF THE WORD AND LAW