What should a Christian woman look like today? I think that many readers have their own opinion on this matter.

And when asked if a Christian woman can follow fashion, many of them will definitely answer: “Of course not!”

Meanwhile, the answer to the question from a pious Christian woman is not at all as unambiguous as it might seem at first glance.

In Old Testament times, women dressed brightly and even luxuriously in the oriental way. Let us remember how the author of the book of Proverbs describes the appearance of the ideal wife: “The fine linen and purple are her clothes” (Proverbs 31: 22). In accordance with the customs of those years, it was considered completely normal for a woman to wear colorful clothes and a lot of jewelry made of gold and precious stones.

Times have changed, and fashion has changed with time.

Today it would never occur to anyone to dress like Israelis four or even two thousand years ago. In our time, such an outfit will look more provoking than pious.

And, on the contrary, trousers, which have become an indispensable attribute of a modern woman, should, in the opinion of many brothers and sisters, be categorically excluded from a Christian woman’s wardrobe.

A woman, they say, should not wear “male” clothing. However, delving into history, we will be forced to admit that trousers were not always considered “men’s” clothing.

In the days of the apostles, men did not wear trousers. These trends in fashion (namely in fashion) appeared much later.

And only relatively recently did men’s clothing acquire the look that we consider “the only correct one” now. If Christians of the II-III centuries could see today’s men’s suits, they would be considered not only indecent, but simply ridiculous.

Interestingly, how would modern Christians react if John the Baptist would show up in Church, who, as we remember, he wore “a garment made of camel hair” (Matthew 3: 4)?

I think this view would cause a storm of emotions and a whole stream of complaints.

It turns out that without noticing it, we all follow the fashion and customs of our time, often confusing them with piety.

“Let your adornment be not the external braiding of hair, not with gold ornaments or fancy dress, but the innermost man in the imperishable beauty of a meek and silent spirit, which is precious before God,” the Apostle Peter advises us (1Pet.3: 3-4)

… By diligently following the first part of this instruction, we do not always pay attention to the second, most important part, which emphasizes the beauty of the heart and the primacy of the spirit.

Often, by demonstratively refusing to wear elegant clothes, carefully emphasizing our modesty and asceticism, we highlight the outward manifestation of visible piety.

As a result, we, like the worldly people, become hostages of fashion. But fashion is of a special kind, “church” fashion, exposing the signs of our pseudo-piety to the public.

It is even worse when behind these outward attributes lies a carefully hidden feeling of superiority “over all other” people. The appearance of such a believer brings to mind the words of the Pharisee in the Gospels: “God, I thank you that I am not like other people! ”(Luke 18:11)

Seeing a woman, who according to our estimation is not dressed “in a Christian way,” we hasten to condemn her.

As a result, it can be difficult for an unbelieving woman who is seeking God to decide to cross the doorway of the church for the first time for fear of being misunderstood or rejected by Christians.

Instead of being “the light of the world,” we can inadvertently become an obstacle to the spreading of this Light.

They say in Russian “they meet by their clothes…”

These are the laws of the material world, where people are judged by their appearance.

In the Christian world, the laws should be based on the principles of “a meek and silent spirit.” I would like that, when meeting new people, we first of all would pay attention to the invisible spiritual qualities of a person and only by them determine our attitude towards her.

In the commandments recorded in v. 5 (“a woman must not wear men’s clothing …”) and v. 11 (“Do not wear clothes of wool and linen woven together….”) in the 22 chapter of Deuteronomy, it is not said why such commands were given. Therefore, we can make several assumptions regarding these prohibitions.

Many people today apply this verse to the situation when women wear trousers.

But this is not quite the correct approach to this issue.

First of all, women do not wear men’s trousers, but women’s ones. It is known that the cut of women’s and men’s trousers is different.

Secondly, for some reason only trousers fell out of favor, but what about other men’s clothing – jackets, T-shirts, socks, etc.? There are many things that both men and women dress in, and there is no difference in them, but they do not pay attention to it.

The third point is that at the time when the Lord gave this command, neither women nor men wore trousers at all. In those days men and womenclothes were practically no different.

Maybe only the color or decorations, the quality of the fabrics, but they were sewn almost the same.

Therefore, this remark does not apply to trousers.

The expression “men’s clothing”, which was originally written in Old Hebrew, can also be translated as “military equipment”.

With this understanding, it turns out that women were forbidden to participate in battles and to wear the clothes of a warrior.

In a general sense, this prescription teaches us to distribute social roles in accordance with the natural characteristics of each sex.

Other Bible scholars see in this expression an obstacle to such a vice as transvestism – it is a keen desire (passion) to wear clothes that are usually worn by members of the opposite sex.

However, most interpreters see in this command the protection of the people from all kinds of imitation of the pagans and non-participation in pagan rituals.

In serving their idols, the pagan peoples of that time had many religious customs with various forms of debauchery.

To attend such a ritual, men disguised themselves as women, and women as men.

Therefore, this command is consonant with other words: “Do not defile yourselves in any of these ways, because this is how the nations that I am going to drive out before you became defiled….”; “You must not live according to the customs of the nations I am going to drive out before you. Because they did all these things, I abhorred them… ”(Leviticus 18:24; 20:23). A similar severe condemnation is expressed later in this text about clothing: “…for the Lord your God detests anyone who does this.” (Deut. 22: 5). 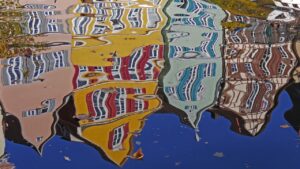 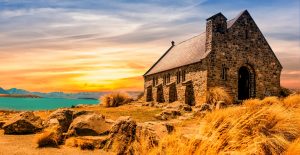 Would Christianity Survive If Everyone Were as Committed as You? 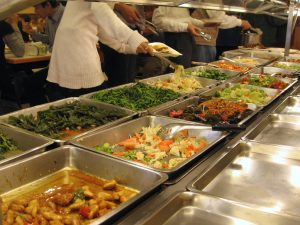 Buffet Christianity, or the Church, is not a buffet. 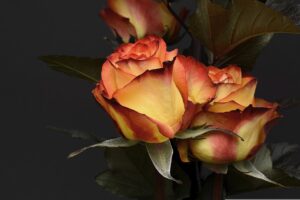 God Hasn’t Wasted My Marriage to an Unbeliever 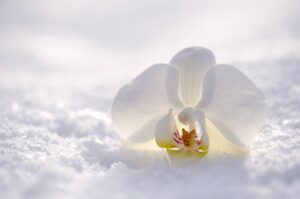