The concept of a “lukewarm Christian” comes from Revelation 3, where Jesus criticizes a church for being full of believers who were neither hot nor cold—not cold, dead, or unbelieving, but not on fire for Jesus, either. He basically said, “I l like hot coffee and cold brew, but if it’s room temp, I want to spew it out of my mouth” (cf. Revelation 3:16).

Lukewarm Christians are those people who sit in churches and believe the message of the gospel … but are not really sold out to Jesus and not meaningfully engaged in his mission.

It is these kinds of “Christians” that Jesus is describing in the three parables in Matthew 25.

The maidens (Matthew 25:1-13) consider themselves friends of the bridegroom, but they don’t live in a way that anticipates his return. They are thinking only about how to make things comfortable in the present moment, not how to be faithful in their assignment to God.

The wicked servant (Matthew 25:14-30) considers himself in the employ of the Master, but he’s never offered his talents without reserve for the kingdom.

The “goats” (Matthew 25:31-46) are surprised to be rejected by Jesus, who they thought they were faithfully serving. But when it came to pouring themselves out for the crushed people of God, they weren’t engaged at all.

Here’s the sobering thing about these parables: There is no middle ground. You are either committed to the mission, all-in for Jesus, and using your resources for his people and his kingdom, or you are not. You are either a sheep or a goat. And that puts the lukewarm Christian in a very precarious position.

One of the details in these parables that has always gripped me is how, in the parable of the talents, Jesus called the one who buried his talent “wicked.” That’s a harsh word for someone who just played it safe. I’ve often thought, “What wicked thing had he done?” He didn’t steal it, gamble it, or spend it on prostitutes and drugs. He gave every penny back!

We preach about the first a lot, but what about the latter? Have you offered your life and your talents, no matter your age, as an investment in the kingdom? Could we look at your giving and say that you are all-in with the mission of God? Would your calendar back up what your words say when you declare, “Jesus is Lord”?

In his book, Crazy Love, Francis Chan gives a profile of the lukewarm Christian, which you could say comes straight from these parables. These people are all fairly regular in church, but:

Lukewarm Christians equate their partially sanitized lives with holiness. But Jesus didn’t call us to sanitation; he called us to discipleship. If you are his follower, your life will not be defined only by avoiding sin but also by entering into his suffering.

Lukewarm Christians rarely share their faith with their neighbors, coworkers, or friends. Like Charles Spurgeon said, “You are either a missionary or an impostor!”

Lukewarm Christians think about life on earth much more often than eternity in heaven.

Lukewarm Christians love their luxuries and rarely give to the poor in a truly sacrificial way.

Lukewarm Christians give God their leftovers—not their first and best. Stop calling your complacency and apathy “a busy schedule” or “bills” or “forgetfulness.” Call it what it is: evil (Malachi 1:8).

We all struggle with seasons where we are lukewarm, where we are striving to maintain a commitment to Christ but where we falter. I’ve been there, too.

But the fundamental question is this: When you became a Christian, did it include a surrender to get engaged in the mission of God? Have you personally engaged in the mission of God, offering your time, talent, and treasures as a blank check to him? If not, you are not his follower!Stop calling your complacency and apathy “a busy schedule” or “bills” or “forgetfulness.” Call it what it is: evil (Malachi 1:8).Click To Tweet

This is deadly serious. We talk a lot about the rest of the world going to hell, but maybe we should ask if some of us are.

I am concerned for the poor but more for you. I know not what Christ will say to you in the great day … I fear there are many hearing me who may know well that they are not Christians because they do not love to give. To give largely and liberally, not grudgingly at all, requires a new heart; an old heart would rather part with its life-blood than its money. Oh, my friends! Enjoy your money; make the most of it; give none away; enjoy it quickly, for I can tell you, you will be beggars throughout eternity.

The sign of genuine, saving faith is a passionate commitment to the fame of God, the people of God, and the mission of God. 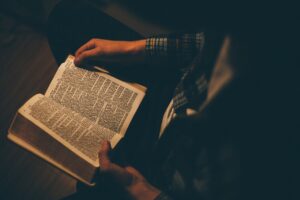 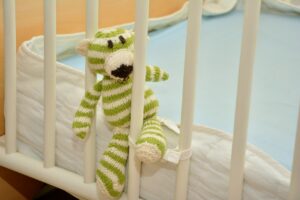 Every 8th Christian on the planet suffers for their faith Zabi, a Christian who fled Afghanistan 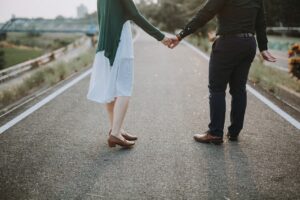 Why Is Christian Dating So Weird?