The evangelist, writer, and former satanist has warned Christians not to engage in “innocent” practices during halloween, as they only serve to open the door to dark forces.

In a recent interview, John Ramirez, who has been a satanist for over 20 years, revealed that the main target of the dark forces is Jesus Christ and Christianity and not other religions. According to him, no one is persecuting Buddha or Muhammad, because these religions – Islam and Buddhism – are not seen as a threat to the occult or New Age practices.

“The founder of the church of satan, Anton LaVey, once said that he wants to thank every Christian parent, not Buddha, not Muhammad, for allowing their children to honor the devil one night a year,” Ramirez said admonishingly. “Christians, thank you for dressing up your children, changing their personality and bringing them as spiritual sacrifices.”

From the age of 8, Ramirez, of Puerto Rican origin, was involved in a satanic cult (santeria and spiritualism). Acquainted with the occult in his father’s family, he delved deeper into these practices. He eventually became a high-ranking cult priest in New York, specializing in sorcery, spells, curses and astral projection. For the past 20 years, this reborn Christian has worked diligently to expose the designs of the enemy. According to him, the devil is active and hiding in the shadows, targeting Christians.

Christians must practice discernment and arm themselves with biblical knowledge to understand that the devil is real, he says.

Many people who follow Christ don’t seem to take spiritual warfare seriously, which is a concern for Ramirez.

“Jesus never took the devil lightly in Scripture. Jesus resisted the devil. He didn’t talk about him, He confronted him,” the minister explained. “Jesus confronted the devil every time, whether it was in the wilderness or through Peter when He said to Peter, “Get away from me, satan,” or through Judas. So why can’t we learn from Jesus? Are there more demons today than in the time of Jesus?”

Years ago, Ramirez noted, he knew that Christians had the anointing, the authority and the power to destroy the kingdom of darkness, but they didn’t know how to use it.

“This is a sad truth for Christians in general. There is no problem with Jesus, because Jesus is omnipotent. But we are talking about vessels in the church, about people. People love God and they want to be free, but all we do is teach that the devil is separate and the cross is separate. There is a “New Age Jesus” in the church today. You will not win a single battle with such a Jesus,” Ramirez assured.

The Bronx native said he wrote the spiritual warfare book to share his ideas and strategies for spiritual warfare. Ramirez also created the 8-week “Deliverance from the devil” course, which can be taken in parallel with reading the book of the same name.

“We need to put the devil in his place, expose him. We need to take care of generational curses, demons of infirmity, strong bonds of any kind in our home, in our family,” he continued, lamenting the statistics showing the high divorce rate among Christian couples.

Ramirez also chided Christians for celebrating halloween, likening it to cheating on Jesus over a one-night stand.

“We celebrate halloween, that is, we go to bed with the devil for one night. I see it this way: why do you want to cheat on Jesus? Jesus doesn’t cheat you. I don’t see satanists coming to church,” he explained.

For 25 years, Ramirez practiced the occult and was even appointed by other high-ranking satanists as a guardian of darkness. However, in 1999, he faced death, and, according to Ramirez, while in a “deep sleep”, he ended up in hell. He described his fear, but said that God met him there, and when he came back to life, he promised to give his life to Jesus.

When he began the transition from the occult, Ramirez said it was a terrible experience. He threw away all things related to the occult, but the forces of darkness continued to torment him.

“All these things were in my house, these things are despicable, demonic – this is an abomination in the eyes of God. But I had such a fear of the devil that if you leave the occult, something will happen to you. They instill that fear in you. If you leave, punishment is coming,” – Ramirez recalled that the occultists tell that to people to keep them under control. “When I accepted Jesus, I was tortured for 30 days without a break. I slept during the day and demons came at night. Spiritists cast spells on me from New York, Miami, Haiti, Cuba.”

As Ramirez recalled, after 30 days everything went away.

“I asked Jesus Christ: “Why did this happen to me?” Eventually the Lord answered, “I wanted to see how much you trust Me and how much you love Me. They will never touch you again,” Ramirez recalled the words of Jesus.

In his course, Ramirez teaches Christians how to use the power they have through Christ to defeat demonic forces.

Ramirez said that when he was a satanist, in October he performed ceremonies, rituals, he even described demons and mediums descending to Earth.

“They work, they are consistent. They are not playing, they are conquering spiritual territories in your life. How to stop the devil in his path and return what he stole from you?” – he asked.

Ramirez said that, despite the torment, he followed the example of Joseph and forgave those who offended him. He stated that this is an example of how Christians can defeat the enemy.

In his course and book, Ramirez teaches believers how to fight this fight, how to win and live the life God has called Christians to.

“Be a winner and let Jesus Christ be proud that He has chosen you for battle,” he added. 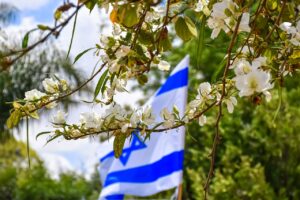 Can A Nation Be Born In A Day? Celebrating Israel’s Independence Day 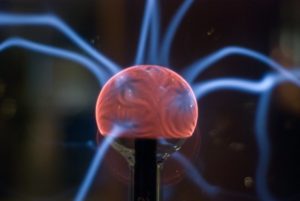 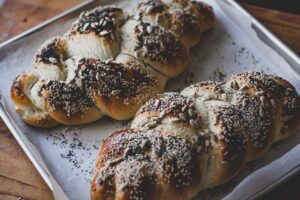 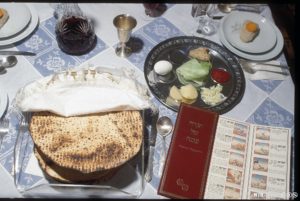 IS CELEBRATING PASSOVER MANDATORY FOR GENTILES? 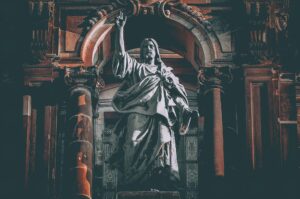 Andreas Patz: Christians and an extreme form of hatred