Faith grows during storms. These are just four little words, but what significance they have to someone who has endured lifethreatening storms!

Faith is the God-given ability that, when exercised, brings the unseen into plain view. It deals with the supernatural and makes impossible things possible. And yes, it grows during storms – that is, it grows through disturbances in the spiritual atmosphere. Storms are caused by conflicts between the physical elements, and the storms in the spiritual world are conflicts with supernatural, hostile elements. And it is in this atmosphere of conflict that faith finds its most fertile soil and grows most rapidly to maturity.

The strongest trees are found not in the thick shelter of the forest but out in the open, where winds from every direction bear down upon them. The fierce wind bend and twist them until they become giant in stature. These are the trees that toolmakers seek for handles for their tools, because of the wood´s great strength.

It is the same in the spiritual world. Remember, when you see a person of great spiritual stature, the road you must travel to walk with him is not one where the sun always shines and wildflowers always bloom. Instead, the way is a steep, rocky, and narrow path, where the winds of hell will try to knock you off your feet, and where sharp rocks will cut you, prickly thorns will scratch your face, and poisonous snakes will slither and hiss all around you.

The path of faith is one of sorrow and joy, suffering and healing comfort, tears and smiles, trials and victories, conflicts and triumphs, and also hardships, dangers, beatings, persecutions, misunderstandings, trouble and distress. Yet “in all these things we are more than conquerors through Him who loved us.” (Romans 8:37)

Yes, “in all these”  – even during storms, when the winds are most intense – “we are more than conquerors. “You may be tempted to run from the ordeal of a fierce storm of testing, but head straight for it! God is there to meet you in the center of each trial. And He will whisper to you His secrets, which will bring you out with a radiant face and such an invincible faith that all the demons of hell will never be able to shake it. E.A. Kilbourne 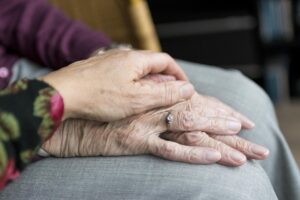 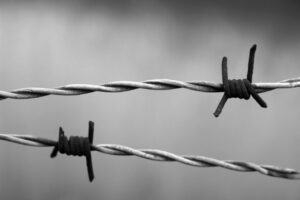 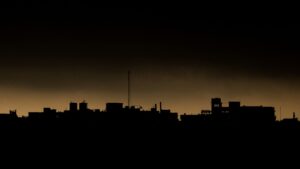 Story that happened during Leningrade blockade