We should not evaluate God as if He is one of us, even though we were created in His image and likeness, and He breathed into us the breath of life.

“And the Lord God created man from the dust of the ground, and breathed into his nostrils the breath of life, and man became a living soul.” Genesis 2: 7.

Thus, we have something of God in us, among all creation we are unique. Man even had the opportunity to become like God, because God was forced to expel him from the Garden of Eden.

“And the LORD God said, ‘The man has now become like one of us, knowing good and evil. He must not be allowed to reach out his hand and take also from the tree of life and eat, and live forever.. ” Genesis 3:22. NIV

This tree reappears in the book of Revelation.

“To the one who overcomes, I will grant to eat from the tree of life, which is in the midst of God’s paradise.” Revelation 2: 7.

So, we see a person who in some way has become like God, only he has never tasted from the tree of life, which will happen when we go to heaven. Paradise lost by man will be restored.

Thus, it is possible to some extent to think as God thinks, to feel how He feels and to see everything as He sees, but for this we need to walk with Him in the world. Paul in 1 Cor. 13:12 said:

“”For now we see only a reflection as in a mirror; then we shall see face to face. Now I know in part; then I shall know fully, even as I am fully known. ” NIV

We don’t see perfectly, but when we get closer to the glass, the picture becomes a little sharper.

Adam knew a loving God who walked with him in the Garden, a God who enjoyed fellowship with him, setting only the absolute minimum of rules. He also knew the fearsome God who drove him out of the Garden, made the man’s work a heavy burden and the woman’s childbearing painful. He knew God, who took away from him the opportunity to eat from the tree of life and live forever.

Since I am a father, I believe that I am able, given the above, to see things as God the Father sees them. I love my children, I wish the best for them, I love spending time with them. I punished them when they were young, but I never stopped loving them.

However, I would not let them drive their car until they matured and passed a driving test. When there was distance between us due to disagreement, I could not calm down until the situation was resolved and I did my best to restore the relationship.

Isn’t this God, because He took the first step towards us? Is this not at least a small part of the explanation of why He had such an incredible plan to sacrifice His own Son for us?

If, after all, a person still rejects Him, then there is nothing more left that He could still do. He has already given His best and the people have neglected it. What should He now feel after the sacrifice that His Son made, and humanity sharply rejected Him?

As Christians, we tend to focus our gaze on God’s wonderful love that draws us in, grips us, and makes us want to be closer to Him, but sometimes we forget that God has another side that will be seen by those who reject Him.

There is also an amazing, mighty, righteous, holy and just God who hates sin and will judge those who rejected His Son. Those who are enemies of the cross.

Paul speaks in 2 Cor. 5:11: “”Therefore, knowing the fear of the Lord, we discipline others.”” (Russian Bible)

This is a side of God that we don’t like to think about, because fear is a very powerful word. Fear is a great awe, incapacitating us, making us unable to act or think clearly, or even control our bodily functions, no one would want to experience that.

Standing naked before the awesome God without the robe of Christ’s righteousness would be terrible.

“”Then I saw a great white throne and him who was seated on it. The earth and the heavens fled from His presence.” Rev 20:11.

No one can see the face of God and remain alive, that would be equal to looking directly at the sun. Paul says so knowing; I wonder if we know this side of God. I don’t think it’s because of His anger, it’s because His very presence is amazing.

In some examples, even God’s greatest servant fell as if dead in the presence of Angels.

“And only I, Daniel, saw this vision, and those with me did not see this vision; but great fear fell upon them and they fled to hide. ” Dan. 10: 7

We no longer preach about it because we are politically correct and do not want to be mocked, but we are missing something here. Could this be in part a great motivating factor for the immediate evangelism that is so much needed among Christians?

This greatly influenced my personal salvation.

“The beginning of wisdom is the fear of the Lord.” Proverbs 9:10.

This should be a powerful motivator for those who do not know God. Fear has a lot of motivational power, the media constantly uses it to sell news, but it has its limits.

Love on the other hand knows no boundaries, perfect love is unlimited, as Jesus showed. For us, those who believe, love drives away all fear.

Ultimately, if we love Him, we have no reason to fear, but if we know the fear of the Lord, we can use our knowledge to motivate others. 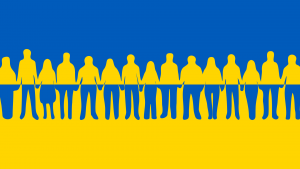 Don’t Be Frightened: Why is it important now not to give in to fear? 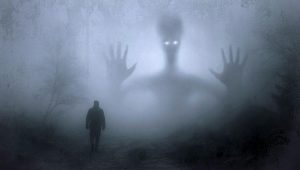 Boris Grisenko: Fear is the weapon of the enemy 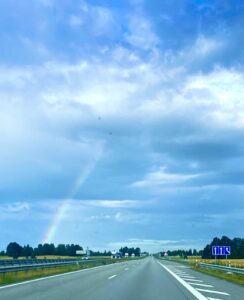