Purim is a joyous event in a Jewish home with costumes and a lavish fun feast (which quickly makes the costumes tight and uncomfortable). And of course, no Purim celebration is complete without the traditional reading of Esther’s story.

Ironically, despite the fact that the book is named after her, the role of Esther (aka Hadassah) in the events described is often underestimated. Basically, we contrast good and evil – Mordechai and Haman – and treat Esther as a “sweet, clever Jewish beauty” who played a secondary role.

But to push Esther out of the spotlight is to underestimate the power of the story. Esther is one of the few true heroines of the TaNaKh. The story of this girl is not at all as sweet as her appearance. It is full of harsh realism and (unfortunately) may be very familiar to those of our readers who may have gone through difficult life experiences themselves.

Here are some of the difficult circumstances that Esther went through:

1. She lived in exile

After the Babylonian exile, Esther and a significant part of the Jewish people lived in dispersion throughout Persia. Although they were given permission to return to their homeland, many remained in exile, choosing not to return to war-torn Jerusalem.

2. She was an orphan

According to Scripture, Esther had no parents. She lost her father and mother and was raised by her older cousin Mordechai (Esther 2: 7).

3. She lost her freedom

The Persian king Xerxes (Ahasuerus) was angry with his wife and was looking for her replacement. Therefore, he issued a decree to collect all eligible virgins of the empire to his palace.

We read in Scripture that Esther was young and incredibly beautiful. Also, judging by the language used in the text, we can conclude that no one specifically asked Esther’s consent in all these events. She was unlikely to submit her résumé or enthusiastically volunteer for a place in the harem. She was young, beautiful, and they just took her away.

This statement is shocking even to those who read the entire Megillah every year during the Purim celebrations. But Scripture is clear about what happened.

“When the time came for every girl to go to the king Artaxerxes, after for twelve months everything assigned to women had been fulfilled for her, for so long the days of massaging them lasted: six months with myrrh oil and six months with scents and other beauty products,” – then the girl entered to the king’s room. Whatever she demanded, she was given everything to leave the women’s house to the king’s house. In the evening she entered and in the morning she returned to another house of women under the supervision of Shaazgaz, the royal eunuch, guard of the concubines; and she did not go in to the king any more, unless the king desired her, and she would be called by name ”(Esther 2: 12-14).

All the virgins – and these were still very young girls – were taken in turn to the king, who, at that time, was about 40 years old. One by one, they were led to him to sleep with them. They no longer returned to the remaining virgins, they were moved to other chambers where the royal concubines lived (this means that they turned into sex slaves without the status of a wife). They were never destined to marry another man and were not allowed to see the king again, unless he “desired her.” To put it simply, the king “tested all models” before making a purchase, and eventually “bought” Esther to replace the former queen.

5. She could have been executed

When Mordechai learns of the conspiracy of the royal advisor Haman, who wanted to destroy the entire Jewish people, Esther is literally pushed into the center of events. Mordechai sends a message to the queen, in which he asks her to prostrate herself before the king and ask for mercy on behalf of her people. It was not as easy as it might seem. Esther knew that anyone who came to the king without a preliminary call was killed. Unless the king will be in the mood to stretch out his scepter and spare the life of the intruder. What Mordecai asked her for could be the last thing in her life.

But Mordechai said: “Do not think that you alone will be saved in the king’s house out of all the Jews. If you remain silent at this time, then freedom and deliverance will come for the Jews from another place, and you and your father’s house will perish. And who knows if it was not for such a time that you achieved the dignity of the queen? ” (Esther 4: 13-14). Hello, good old Jewish guilt complex.

Esther was not just a beautiful girl. She was not Mordecai’s henchman. Taking just a few minutes to look at Esther as a person and realize the terrible things that this daughter of God had gone through, we will see more clearly her character and courage, as well as God’s redemptive love that works in spite of the sins of mankind.

He chose a woman from whom everything was taken away – parents, freedom, virginity – and gave her everything. He used a person who, by virtue of her gender, culture of her country and circumstances, was powerless and invisible, and made her a key and formidable heroine.

Esther’s story is a stunning reminder that God can give new life, redemption and freedom even when it seems impossible!

“Behold, I am doing something new; now it will appear; don’t you want to know that too? I will make a road in the steppe, rivers in the desert ”(Isaiah 43:19). 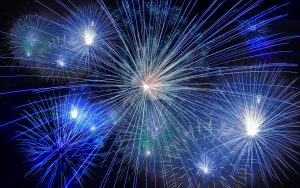 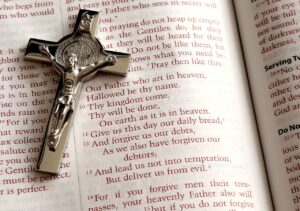 The Crown and the Jews: 12 Facts 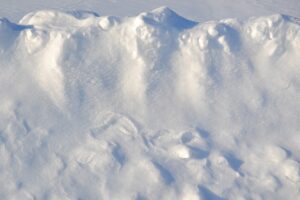 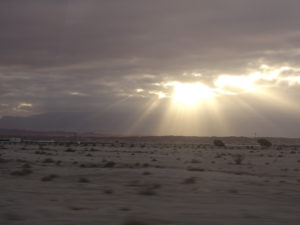 Five Responses to the Empty Tomb The Five Stages of a Church Dropout: From Highly Committed to Goners