When Lars returned home later that night, he asked to see Elisabeth: “We sat down, and I said: ‘You have every right to ask me to leave. There’s no problem in that, but I don’t appreciate the way you did it. … I’m not some kid coming out of high school here. I’ve been around a little bit; I’ve been in business. We do things in a more gracious manner.’ Well, she just listened nicely and politely and thanked me for what I had to say. That was the end of it—there was no discussion.”*

Lars moved out, but he kept pursuing Elisabeth, and they ended up spending quite a bit of time together.  When I asked Lars why Elisabeth spent so much time with him knowing his intentions toward her, he said it was because she was sure he couldn’t possibly be serious about her. (Elisabeth was in her late 40s at this point and had already been married twice, and Lars was 9 years younger and had never been married.) But Lars stuck around, and the Lord started working on Elisabeth’s heart.

In the Family Life Today interview (see footnote*), Elisabeth said that she was absolutely closed off to the idea of a third marriage until Lars said something to her in the living room one day that changed her perception of him completely. According to Elisabeth (Lars doesn’t remember this), he said, “I would like to be the one building the fences around you, and I want to stand on all sides.”*

Shortly after Lars’ bold declaration, God convicted Elisabeth. In her own words, she said,

Through prayer, Scripture, and the counsel of many trusted friends and advisers, Elisabeth opened her heart to Lars and a third marriage.

After four years of knowing each other, Lars and Elisabeth married. I asked Lars if he formally proposed to Elisabeth, getting down on one knee, pouring his heart out to her and so forth, and he started laughing and said, “No, no, it was horrible!” Come to find out, it wasn’t that horrible, but he didn’t ask her to marry him. Instead, he simply told her, “I want you to be my wife.”* She told him she’d pray about it, and two weeks later she sent him a letter accepting his proposal. (A letter! I just can’t get over how “Elisabeth Elliot” that feels!) She accepted his proposal in July, and they got married the following December.

Something else Lars told me that had the “Elisabeth Elliot feel” was that Elisabeth gave Lars her second husband’s wedding ring to wear as his own! Lars explained, “It was a nice, flat ring on top with my initials on it—ELG. I thought it looked familiar, but I didn’t think anything of it. I don’t know how it came about—whether I asked her or not—but come to find out it was Add’s ring. So it had had AHL on it.” It turns out, Elisabeth had Add’s initials shaved down and Lars’ initials engraved over them. Lars told Elisabeth he wished she would have asked him before doing that, because he would have told her to leave Add’s initials. “What a great conversation piece,” he said to me, laughing. “If I’m sitting at a table and someone sees my ring and says, ‘AHL—what does that stand for?’ I could say, ‘Oh, that’s my wife’s second husband.'”

Shortly after Lars and Elisabeth married, they moved to Atlanta so Lars could do a chaplaincy program in Milledgeville, Georgia. He was commuting to Milledgeville during the week, and she traveled on the weekends for speaking engagements. One weekend he decided to travel to one of her speaking engagements in Virginia, and he told her he’d bring some of her books to sell, which no one had ever done before. He wasn’t prepared for how well it was going to go: “I had no idea what to expect,” he told me. “I had some $5s, some $10s, and some change in my pockets, and I didn’t have anything to put the money in, so I wound up putting it in 4 or 5 coffee cups in a box under the table!” When Lars saw how eager women were to buy her books, he talked with Elisabeth, and they decided that he would travel with her to all of her speaking engagements and sell her books. “It became my job,” Lars said. “I couldn’t think of anything I’d rather do.” The rest is history! 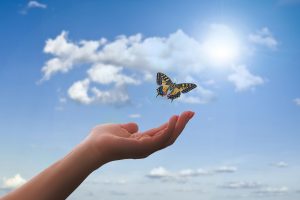 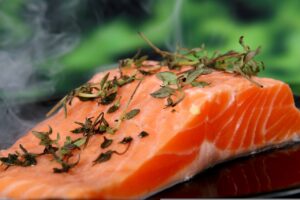 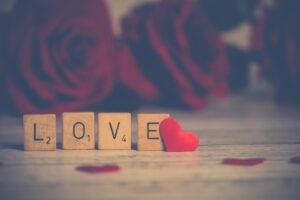 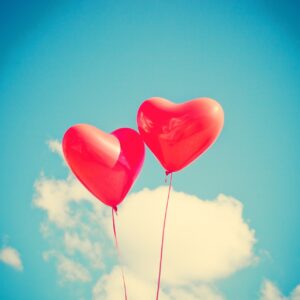 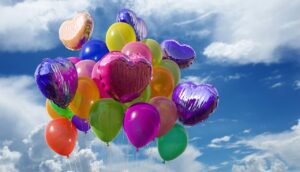 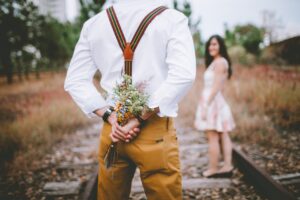 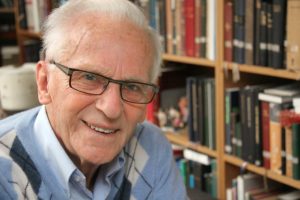