When the ship’s chef, who had joined Operation Pearl, had to return home unexpectedly, Terry Madison felt that God had called him to play the role of chef. It was one of the many surprising ways he saw God working on a project. In this article, Terry talks about what he learned in the process.

I served for the benefit of the persecuted church for twelve years. For the first six years, I served in Asia with Andreas, my Open Doors brother. This time included one of the greatest mission adventures of the last century, namely Operation Pearl, where a million Bibles were taken to China overnight.

Before the trip, my task was to collect the donations needed for the operation, without revealing our activities. It seemed quite a challenge to expect people to send us millions of dollars without knowing what would be done with that money, but our supporters still donated and made the operation possible.

I, along with twenty other men, had the privilege of participating in this courageous smuggling operation. We came from Open Doors offices around the world and participated in the preparation of a trip that lasted for several months. For security reasons, the project even had to be kept secret from our families.

When the deadline came, we realized that we were dealing with a really serious issue: we could die, we could be arrested or we could get lost at sea. A day or two before the trip, we were given another chance to come and say, “It’s been awesome, I’ve done my best – but I’m not going on a trip.”

None of us did. Over time, we secretly realized in our hearts that we were taking a really big risk. Certainly we all had fears and doubts about what might happen when we arrive at our destination. But none of us questioned that this is our job. That is what we were on the ship for, and the Lord wanted us to do it. And that’s how we went.

The day before the trip began, I was asked to help the ship’s chef buy the food needed for the trip. Then he called his wife, who begged him: “You have to come home!” He looked at me and said, “I have bad news for the captain now. I have to go home to take care of the family – and the ship will have no cook. “

I had a dubious feeling that the Lord was asking me to volunteer for this task. But I hated cooking and I couldn’t even cook! I starteda fight in my heart. Finally, I walked upstairs and knocked on the captain’s door.

The captain replied, “You are appointed.”

When I asked where I needed to start, his wife, who had accidentally come to see the ship for a few hours by God’s grace, said, “I’ll write you a menu with three meals a week.” And so she made a large yellow sheet with 21 meals written on it.

Then I went downstairs to my new area, the ship’s kitchen, which was so small that I could touch every wall with my hand outstretched. It had a four-burner gas stove, which, when anchored in a hidden place, worked perfectly, but became dangerous when the ship rocked and spun on the high seas during cooking.

Thus, a completely inexperienced chef fed twenty men at sea three times a day. The good news is that I can tell you that no one died! We all survived the food I prepared, as well as the dangers of the sea and all the risks involved in smuggling a million Bibles to our dear brothers and sisters in China.

The boat operated with rubberbands

The mission began on June 18, 1981, at about nine o’clock in the evening. We had three odiac inflatables at our disposal. They had a small engine, which was enough to haul packages weighing tons.

I was on a one boat crew. There were two of us, and it was my job to take the rope and give it to our Chinese brothers who were waiting in the water. When starting the engine, my companion said, “I can’t turn it on, the gear won’t go. Where can I get a rubber band? “

A few hours ago, Captain Bill had told the team, “At the end of the mission, you must not have too loose clothing that could cling to by moving parts, ropes, or the like. We must not let anyone to injure themselves or fall overboard.” That’s why I had wrapped my clothes around the wrists and legs with rubberbands.

That’s how we got the rubberbands that allowed us to drive the engine of our boat all night. The Lord acted again in an inexplicable way.

My most touching memory of this journey is related to sharing the Bibles at night: I had the opportunity to give them to the right people. We would have desperately wanted to go to the beach to hug or talk to them, but we were still glad to be able to make personal contact with them and see their enthusiasm when they accepted a huge number of Bibles.

The best trip ever

The Lord has given us the privilege of participating in bringing God’s Word to China, and I consider it the highlight of my life. It was an adventure that will not be forgotten and where we had no goals ​​of our own. We acted only at the command of the Lord and were filled with enthusiasm and joy. We were ready to risk our lives, go to prison or get lost at sea.

We all had more or less faith.

Probably Captain Bill Tinsley had the strongest faith. He was the only one who really knew what he was doing. And he did the task with nineteen other people who came from all over the world to perform various different tasks. It was absolutely incredible that he was able to assemble an operational team of us who sailed in storms on the high seas to deliver the Bibles.

That would not be possible at the moment. And we probably wouldn’t have been able to do that five or ten years later.

It was at this time that a time of social and political change began in China. Today, the Chinese army, its patrol boats and the entire surveillance system are much more efficient than they were then, and people are being controlled much more closely. We were able to surprise them and that was only possible then.

That God used us was His gift to us.

Meeting a believer who had received the Bible through Operation Pearl

Years later, I became the director of the US Open Doors. One day, a Chinese colleague of mine brought a Chinese brother to our office as a guest. I told him about Operation Pearl and asked if he had ever heard of it. He hadn’t, so I took from my desk drawer a Biblefrom the operation Pearl. One that we all had received was now like a souvenir .

The man told his story with the help of our interpreter. He had been imprisoned for his religion during Operation Pearl. After his release, someone had given him a Bible from an operation. If he wanted to have more then, he had joined a network of believers who had stored the Bibles in various places throughout the country.

Members of various congregations went out of the storehouses, as needed. The Bibles were still in their original waterproof boxes, which weighed 50 pounds (about 23 kg). This brother began sending four people a week to the city where one of the warehouses was located, and both brought two boxes of Bibles.

Operation Pearl taught me how much the persecuted Christians want to receive God’s Word and how strong God is to give it to people in every way possible.

That God used us was His gift to us to see His faithfulness from many different perspectives. We have seen how faithfully God wants His Word to reach His people, even if it is humanly impossible.

God had this burning longing for China. His will was to bring these Bibles to more than a million people. And He made it possible through our hands.

For us personally, this experience meant a great strengthening of faith. Participating in this operation led to a lasting change in what we thought of God’s potential, His miracle, and how He cares for details we don’t even notice. Man survives ’20-hour baptism’ at sea after falling from cruise ship: ‘God was with me’ 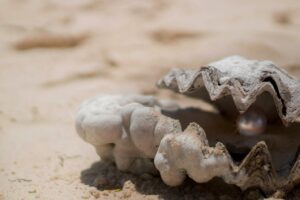 The principle of the pearl shel 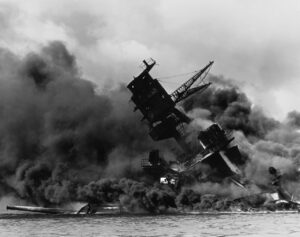 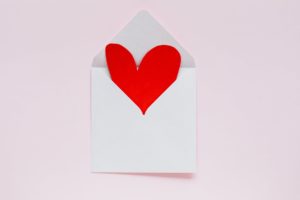 Christopher Duffley sings Open the Eyes of My Heart 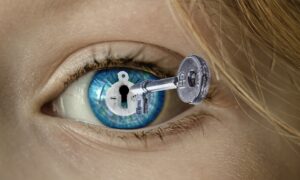 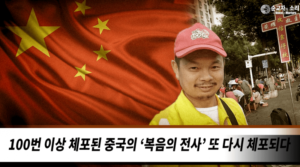