Today, more than ever before, we live in a world obsessed with numbers. Modern technology has made life more measurable, more quantifiable, more countable. And many of us just can’t stop counting.

How many followers do I have? How many people came to church last Sunday? How many figures are in my bank account? How many points did I get on that test? How many likes or comments did my post receive? How many articles have I written, books have I published, talks have I given? And how many compared to . . . ?

“The issue is whether we count from a place of security in our God, or in order to find some security apart from him.”TweetShare on Facebook

In my worst moments, I look to numbers for far more than helpful objective measurements. I look to them for identity and meaning. I use them to fortify the walls of my insecurity, and assure me that I am somebody. I ask them to give me a future and a hope.

So it can be a startling experience to recall the story of a king whose counting nearly destroyed him. His story is a warning to all of us — and perhaps ministry leaders especially — who feel tempted to give numbers a louder voice than the Lord our God’s.

To modern ears, King David’s order to Joab, the commander of his army, sounds harmless: “Go, number Israel, from Beersheba to Dan, and bring me a report, that I may know their number” (1 Chronicles 21:2). We’re familiar with censuses; in America, we do one every ten years. So the results of this census are surprising, to say the least: David is humbled to the dust, the angel of the Lord sweeps through Judah with a sword, and seventy thousand men of Israel fall (1 Chronicles 21:14–16).

The story becomes even more striking when we realize that, in the book of Chronicles, this census takes the place of David’s adultery and murder. The author of Chronicles doesn’t mention that sordid episode. Instead, when we come to the part of the story where we would expect to find Bathsheba and Uriah, we find the census. In the chronicler’s mind, David’s counting is a sin to rival his adultery and murder.

But why? What was wrong with David’s command to take a census? The answer to that question exposes not only David’s heart, but many of ours as well. Consider, then, three lies hidden in David’s urge to count.

‘Strength is in numbers.’

Unlike modern censuses, the purpose of David’s was not to gather general population figures, but to size up Israel’s military strength. It was not illegal to take a census per se; the law of Moses even offers instructions for how to conduct one (Exodus 30:11–16). So David’s sin likely lay not in his method, but in his motive.

Joab’s response to David hints at the cancer in the king’s request: “May the Lord add to his people a hundred times as many as they are! . . . Why should my lord require this?” (1 Chronicles 21:3). The word require, also translated asseek, appears several times in the chapters preceding the census, most strikingly in 1 Chronicles 16:10–11, where David sings,

Glory in [God’s] holy name;
let the hearts of those who seek the Lord rejoice!
Seek the Lord and his strength;
seek his presence continually!

But when David commanded the census, Joab heard a different song: “Seek soldiers and their strength; seek their power continually!” Somewhere along the way, it seems, David started counting his army instead of counting on God’s faithfulness; he started numbering his forces instead of numbering God’s promises. He sought his deepest strength, security, and rest of soul in earthly probabilities instead of the fact that God was for him.

Our situation is quite different from David’s, of course. None of us faces the onslaught of enemy armies. But some of us have lain awake at night, with some insecurity gnawing the soul, confronted again with a choice: Will I seek my strength in God alone, or will I lean on an arm of flesh (2 Chronicles 32:8)? And often, the most tempting arm of flesh is the one that can be measured.

The issue, in the end, is not whether we count. In a world like ours, we must count sometimes, and David was not necessarily wrong to do so himself. Rather, the issue is whether we count from a place of security in our God, or in order to find some security apart from him.

Before someone stops seeking God’s strength, however, something deeper has gone wrong: he has stopped trusting God’s promise. God had pledged to David, “I will subdue all your enemies” (1 Chronicles 17:10). David’s census said, in effect, “No, you won’t. But I will.”

Our flesh wants nothing to do with trusting God. We will look for something, anything, to rest our weight upon apart from the bare promise. Give us numbers, give us data, give us probabilities — whatever will keep us from stepping out on God’s word alone. What feels better to the flesh, after all: venturing forth with an army that you know can conquer your enemy, or marching only in the strength of God’s “I will”?

Strangely enough, the temptation to distrust God’s promises may grow with our success. David, for example, took his census not from a place of weakness, but from one of tremendous strength — not when he was surrounded by foreign armies, but when he had all but vanquished them (see 1 Chronicles 18–20). In other words, the more God delivered on his promise to subdue David’s enemies, the more David was tempted to dismiss the promise.

Such unbelief might seem incredible if it weren’t so common among us. Imagine a church planter, launching into a neighborhood with ten people at his side. He devotes himself to his ministry with faithfulness as he clings to the promises of God. In time, his labors bear fruit: ten becomes thirty, thirty becomes sixty, sixty becomes one hundred. And slowly, even imperceptibly, he becomes less desperate. The numbers, themselves the fruit of God’s promises, slowly displace God’s promises. He gives more of his attention — and his confidence — to strategies, models, and ministry tips. He still acknowledges his dependence on God, of course, but in all the ways that matter, he rests not on promises, but on pragmatism.

When God instructs Moses about how to take a census, he tells him, “Each shall give a ransom for his life to the Lord when you number them, that there be no plague among them when you number them” (Exodus 30:12). Every numbered soldier was to offer a half-shekel ransom for his life, declaring in effect that he was not his own, but belonged wholly to the Lord his God.

But David’s command to number Israel contains no mention of the ransom, nor even of God. At the center of David’s order, in fact, is David himself: “Go, number Israel . . . that I may know their number” (1 Chronicles 21:2). If a census was supposed to say, “Israel belongs to God,” David’s census said, “Israel belongs to me.” Though only a steward of God’s kingdom, he counts as if he were Israel’s preeminent lord.

“The Lord of the universe does not need large numbers to defeat large armies.”TweetShare on Facebook

Counting can easily become an exercise in identity formation — as if the fruits from our labors say more about our skills than God’s grace. We have taken the talents the Lord has given, multiplied them by his power, and then reckoned the whole as our doing. And as a result, the numbers that ought to deepen our humility and thankfulness instead transform us into little Nebuchadnezzars: “Is not this great Babylon, which I have built by my mighty power?” (Daniel 4:30).

When we consider the fruit in our ministries, do we add it up with the pride of a lord? Or do we count with holy reverence, knowing we are numbering God’schildren, God’s talents, God’s harvest, over which he has appointed us as stewards?

Later in the story of Chronicles, the prophet Hanani says to King Asa, one of David’s sons,

Were not the Ethiopians and the Libyans a huge army with very many chariots and horsemen? Yet because you relied on the Lord, he gave them into your hand. For the eyes of the Lord run to and fro throughout the whole earth, to give strong support to those whose heart is blameless toward him. (2 Chronicles 16:8–9)

The Lord of the universe does not need large numbers to defeat large armies. He knows how to form a galaxy of stars from the offspring of one man (Genesis 15:5). He is able to grow a mustard seed into the largest of all trees (Matthew 13:31–32). He can even take one fallen grain of wheat, and from him bear the fruit of salvation in all the world (John 12:24).

The eyes of this God run through the earth to find those whose hearts are blameless — not those who are perfect, but those who are desperate. Those who know that their strength, their hope, and their identity are hidden not in anything they can count, but rather in the Christ whose faithfulness is beyond counting.

Scott Hubbard is a graduate of Bethlehem College & Seminary and an editor for desiringGod.org. He and his wife, Bethany, live with their son in Minneapolis. 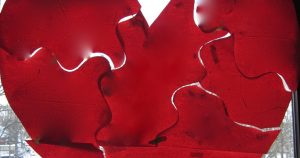 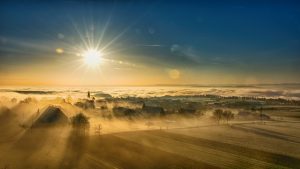 Boris Grisenko: Trust the Lord, even if you do not know His timing 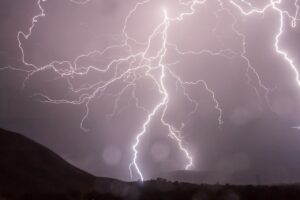 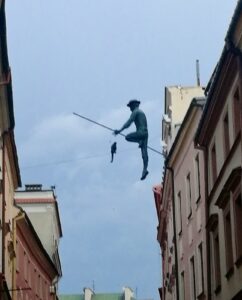 According to a survey, 70% of Ukrainians completely trust the Church Example of a sacrificial ministry Church in the Trenches: 6 Months of Wartime Ministry in Ukraine 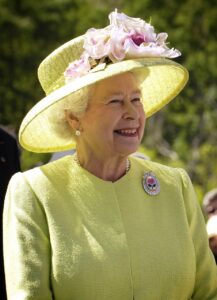 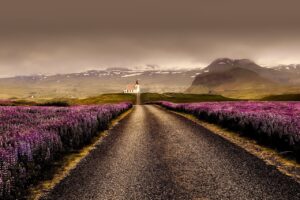 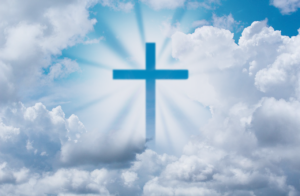 Kathryn Kuhlman attitude when she was starting her ministry