The coronary crisis continues(this is especially for the church)

There is a real war with an invisible enemy! This is a different kind of war, but a war. The goal of this war is for satan to take more complete control of the world through subsequent moves. And the corona pandemic is the beginning.

I asked God why this pandemic broke out so suddenly?

Why can’t the Body of Christ – Church with its prayers stop the spread of covid-19?Although we have believed, asked God for mercy, cursed the virus, resisted in the name of Jesus, and taken control of it, its spread has continued at an increasing pace.

I heard that I should look for an analogy in the history of Israel when prophets were persecuted and killed. I immediately thought of Jeremiah and the others.Then parallels with Hitler, Emperor Nero, and the persecution of Christians through the ages began to appear in my head. Also to Jesus’ warning that the temple will be destroyed.

Did this trouble – war start unexpectedly for the church? Of course not. For many decades, many prophets around the world have warned the body of Christ, the church, about self-centeredness and idolatry. The church is apostate. And neither will God’s punishment stay in heaven as they say. We Christians, we have lost our first love, we have lost our saltness and our light cannot compete with modern technologies.

There are pastors who declare that those believers and religions who comply with state quarantine rules are cowards.If the government would work against, I would somehow understand it, because we do not agree with everything they do in government. And nowhere in the NT have we been called upon to oppose the authorities.

But we, on a daily basis, continue to ask the wisdom for the rulers so that they can do things right in the country.
We also pray and bless the underground church, which today in some countries is deadly-persecuted and can only gather in secret. But most of them do not call for rebellion against the authorities, but have entrusted their destiny to God in prayer. They believe and are convinced that God will save them. But some of them die like martyrs, with Stephen’s prayer on their lips: “The Lord forgive them, for they do not know what they are doing”?

See what God’s word tells us:

Isaiah 26: 20-21 Go, my people, into thy chambers, and shut the door after thee. Hide for a short time until the anger passes. 21 For Jehovah is to tell the people of the land about their sins.
From obedience to the authorities:

Romans 13: 1-2 Let every man be subject unto authority: for there is no power but that which is of God. The ruling powers are God-appointed in their places. 2 He that resisteth the power resisteth the ordinance of God: and they that resist them shall be punished.

I am convinced that in every age when persecution arose, Christians again began to pray fervently and fast before God to stop or bypass the persecution. But immediately it did not stop. God’s word says, “Whatever is to come, will come.” And it only ended when the cup of anger was poured out. Virologists claim that the covid-19 virus does not stop until it has taken its own, i. that about 70 to 80 percent of people suffer from the disease or when the majority of people get vaccinated.

Well, a Jewish scholar said that the Almighty offered us masks because we have nothing good to say and will take away when we truly repent. Elegantly said.

Revelation 3: 3 Then remember how thou hast received and heard, and hold fast, and repent. If you do not watch now, I will come as a thief, and you will not know what hour I will come upon you.

I continued to think about it …When Israel obeyed its prophets and the word of God was glorified, the country flourished, and if there were any minor wars, victory was always achieved. But when Israel withdrew from God, the punishment was sure to come. Unfortunately, many Christians do not believe that God will punish.
Scripture, on the other hand, states the opposite. God did not spare the ancient world from the flood, He did not spare the angels, He did not spare His people in the wilderness, He did not spare the holy city, and He will not spare you. And he has saved the world for fire, which he will destroy.

Revelation 2: 4-5 But I have this against thee, that thou hast forsaken thy first love. Now therefore, from whence thou art fallen, repent, and do the first works; but if not, I will come to thee, and will set thy candlestick out of his place, except thou repent.

Where has the first love gone?

Recently, a pastor recalled that in the past, pastors in daughter congregations always gathered for a Sunday meeting at the headquarters, but there were none at that meeting.

Answer: Unfortunately, the really hot – fighting prayers, intercessions and all-night prayers – are starting to be replaced by television and the internet. That is why the people fall away, Jesus warned us that we should always pray and not get bored. And I would add that just when there are good times, special care must be taken in prayers.

The Bibles were underlined and read to pieces, and there were piles of spiritual literature at home. The shelves and boxes were full of sermons and video cassettes, CDs with sacred music. All worldly books and items were thrown in the trash.Night prayers, regular prayer meetings, prayers and fasting, travel to conferences in other parts of the world were normal. Selfless sacrifices and we were happy and happy with all this. They lived for the church, not for themselves.
Personally, not for bragging, but for comparison: I have fasted 5 times for 40 days and even sixty days at a time. One hundred and eighty days of fasting came in one year, not to mention the one – and three – day fasts, which can no longer be counted. It is clear that this is not possible in old age, but still!

Hg 1: 4 Is it time for you to live in your own houses, now that this house is in ruins? 5 Now Jehovah of hosts says, “Think seriously about your conduct.”

America was and is one of the greatest pillars of the spread of Christianity.

In the 1990s, many churches in the United States decided not to provide pre-mission funds, and virtually the influx of missionaries ended and many left.

American churches focused more on themselves, and then large mega-projects began, involving the construction of church buildings and centers costing tens and hundreds of millions of dollars. The church building is important but whether it has to cost tens of millions is questionable.

Congregations in Africa are poor, for example, one of our African partner congregations needs only $ 3,000-4,000 to complete building so as not to lose land.

But there are still churches and ministries in America and elsewhere that provide billions of dollars to spread the gospel, but it is declining for a variety of reasons.”God, bless America and everyone else who continues to spread Christianity!”

As for Europe and the former republics of the S-Union.Of course, missionaries still work there today, but their influence and opportunities are diminishing. There are “last Mohicans” like Rick Renner and “Word of Life” congregations and others. The so-called state churches, Lutherans, Catholics, who also successfully intervene in politics, influencing leaders. Russia has fallen into the hands of Orthodoxy, although quite strong Baptist and Pentecostal churches have a say there. All in all, the picture is still good and the word of the Bible is spreading.

In the third verse, however, the key words are than you are now, that is, that we still have hope.

And again, this word encourages now, because now is the time to forgive our sins, now is the right time to repent, and as Samson asked: The Lord give us another chance, and also to us, that we may not be finalized or perished.
We ask: forgive that we have resisted the Holy Spirit!

We pray: Lord, forgive us for losing our first love and focusing too much on ourselves!

We ask: forgive that we Estonians have not learned anything from the proclamations (warnings) of the Prophet Karl Reits, who proclaimed in the 1930s that trouble was coming and trouble came, and worse, double trouble came! Estonia was occupied in 1940 by the Communists, later by the fascists and then again by the Communists for 50 years.
What to do now? Call on the name of Jesus, for He will save today!

Matthew 3: 8 Wherefore bring forth the fruit of repentance (repentance, righteousness). Updated prayer requests from our partner in Ukraine 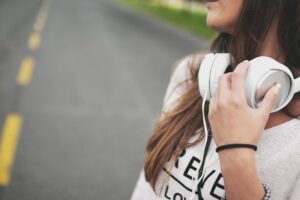