“For I will bring them back to their own land that I gave to their fathers. Behold, I am sending for many fishers, declares the Lord, and they shall catch them. And afterwards I will send for many hunters, and they shall hunt them from every mountain and every hill, and out of the clefts of the rocks.”” (Jeremiah 16:15-16)

The miracles of God’s promises to Israel continue to unfold; the good, the bad and the ugly. In very many places, the Scriptures prepare us for the fact that God was planning to bring His people back to His land by hook or by crook. With anti-Semitism spiraling out of all control around the world, many Jewish people are now deciding that they would be safer in war-torn Israel under the protection of the IDF than they are in Europe, and are packing their bags to escape while they still can. They are being hunted and hounded back to the land given to their fathers, just as the Bible said.

THE REGATHERING OF GOD’S PEOPLE TO THEIR LAND IS ONE OF THE MOST FREQUENTLY PREDICTED PROPHECIES IN THE BIBLE.

There have always been Jewish people living in Israel, and several waves of Jewish immigrants arrived long before 1948, buying property and working the land. And the waves of immigration continue to pour in now that Israel has become an independent state.

In Isaiah 11:11, God promised to stretch out his hand to regather Israel from the four corners of the earth “a second time” (the first time being from the lands of the Babylonian exile).

We know from Hosea 3:4-5 that it would occur in the last days and Amos 9:15 tells us that they will never be uprooted again.

The conflict in Gaza unleashed such international fury that the line between criticism of the Jewish state and hatred of the Jewish people became rapidly blurred and then, in many cases, just vanished altogether. Now that we are seeing young Jewish men and women beaten on the streets of Canada, a dentist refusing to treat Jews in Belgium, synagogues sieged in France and firebombed in Germany, British supermarkets clearing Kosher foods off their shelves, swastikas appearing in America and a trend on twitter insisting that Hitler was right all along, Jewish people are considering leaving the smashed windows of their Western businesses, and taking refuge in the Jewish State – the one place on earth they can call home.

THE CENTRE OF JEWISH GRAVITY HAS FINALLY MOVED FROM AMERICA TO ISRAEL, WHICH NOW HOUSES THE LARGEST POPULATION OF JEWISH PEOPLE IN THE WORLD.

There are approximately 14 million Jewish people in the world today, around 0.2% of the global population. Just over 8 million people now live in Israel in total; three quarters of whom are Jewish, with the remaining quarter having Arab or ‘other’ ethnic backgrounds 1. Israel continues to have one of the highest standards of living, in terms of education, life expectancy, safety for minorities, and economic prosperity, in the Middle East 2.

Over three million Jewish people have left their homes and emigrated to Israel since 1948 3, a move which is known as “making aliyah”. Biblically, moving to Israel or ascending to Jerusalem is referred to as “going up” and leaving is “going down”; the word aliyah means “going up” or ascending. And the number of Europeans making this move will also be markedly ascending in the wake of vitriolic and violent outbreaks of anti-Semitism, the likes of which we have not seen since the rise of the Third Reich. It is quite staggering how quickly the world has forgotten its history. But the people of Israel have vowed never to forget, and are packing up and boarding airplanes back to the land of their fathers.
I heard a rabbi once speculate about this verse in Isaiah, as possibly describing the method of transport by which God will do this – first by ship, and then “flying like a cloud”:

“Who are these that fly like a cloud, and like doves to their windows? For the coastlands shall hope for me, the ships of Tarshish first, to bring your children from afar, their silver and gold with them, for the name of the Lord your God and for the Holy One of Israel.” Isaiah 60:8-9

We see this image again in Hosea:

THE PARABLE OF THE DRY BONES IN EZEKIEL 37 IS COMMONLY CONSIDERED TO BE SYMBOLIC OF THE RESTORATION OF ISRAEL AFTER THE HOLOCAUST.

However, there is another dimension to this story: the physical resurrection of the return to the Land must take place before the Spirit of God breathes new life into the people, so that they return to their God. The previous chapter, Ezekiel 36, also presents this order of events; first the physical regathering, then the spiritual renewal:

Stage one: “I will take you from the nations and gather you from all the countries and bring you into your own land.” (verse 24)

Stage two: “I will sprinkle clean water on you, and you shall be clean from all your uncleannesses, and from all your idols I will cleanse you.  And I will give you a new heart, and a new spirit I will put within you. And I will remove the heart of stone from your flesh and give you a heart of flesh.” (verses 25-26)

God is faithful to all His promises, and to His covenant people Israel. As we watch with sadness the events shaking the world, we know that our sovereign God is still in control. He continues to work out His plans and purposes, drawing all things to Himself. There will be a time, just as Yeshua predicted, when the Jewish people will call out from the land of Israel to welcome their Messiah, “Baruch ha ba be shem Adonai! – Blessed is He who comes in the name of the Lord!” 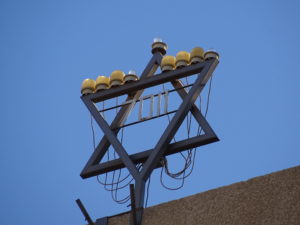 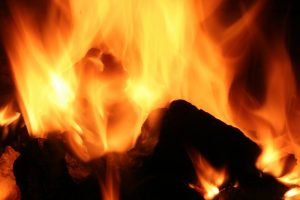 Sodom and Gomorrah: why were they destroyed? The Lord calls us to intercede for our country 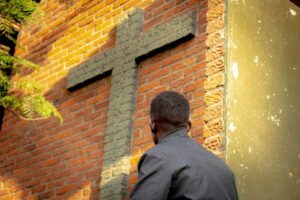 Daniel: “My success is your success.” Knowing the Bible changed Daniel’s life 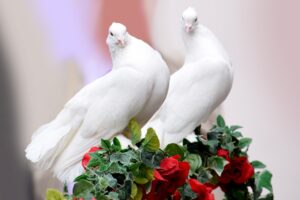