Visitors to Christie Pits, a bucolic park in downtown Toronto, enjoy a vibrant space in the middle of the city. In the winter, kids go sledding and tobogganing down the park’s slopes, and three baseball diamonds are home to good-natured games. It’s difficult to imagine the park being home to a horrific anti-Jewish riot, in Toronto of all places, but that’s indeed what happened one hot summer night in 1933.

For six hours, ten thousand rioters and spectators were part of a rampage, as swastika-wielding men beat up Jews in the park and in Toronto’s streets, and Jews struggled to fight back.

In the 1930s, Jews were Toronto’s largest minority group, and anti-Jewish discrimination was the norm. Jews were routinely excluded from buying or renting homes in some areas. Employers discriminated against Jewish job applicants; universities had quotas on the number of Jewish students they would admit.

In the summer months, tensions flared when Jews tried to use Toronto’s many public amenities. During the Depression, the city of Toronto organized youth baseball leagues. Like so much else in the city during this era, these were largely segregated into Jewish and non-Jewish leagues. Nowhere was the antagonism that many Toronto Christians felt towards Jews manifest as much as in the city’s beaches. Many objected to Jews using the beaches on Toronto’s eastern shore.  Some called for Jews to be formally banned.

With the election of Hitler in Germany in 1933, Jew-haters around the world gained a powerful new symbol to rally around: the swastika which Hitler adopted as his Nazi party’s image. Hundreds of Toronto residents quickly organized “Swastika Clubs” on the city’s beaches, aimed at intimidating Jews who dared try to visit the beaches during the long, hot summer.

Signs bearing swastikas and carrying the words “Heil Hitler” recently appeared on several beaches within the boundaries of Toronto for the first time. An investigation by the authorities yesterday revealed that an organization known as the Swastika Club exists here, with a membership exceeding 400 persons….(M)embers occasionally wear uniforms consisting of a brown shirt and a metal swastika emblem…

One club spokesman said their goal was to keep Toronto’s beaches free from “obnoxious visitors”.  Soon, “Swastika Clubs” appeared at other leisure venues too. Jews were attacked when they tried to visit city parks and beaches. Jewish youths often fought back, leading to public fights and a pervasive feeling of fear for many of Toronto’s Jews.

Christie Pits Park (also formerly known as Willowvale Park) became an epicenter of anti-Jewish demonstrations. With three baseball diamonds, the park was home to frequent games, and huge crowds gathered each evening to cheer on their favored teams. Jews were beginning to move into neighborhoods south of the park, inflaming tensions with locals who didn’t conceal their disdain for their new Jewish neighbors.

Soon, “Swastika Clubs” seeped into baseball games at the park. Tensions came to a head on Monday, August 14, when the mostly Jewish Harbord Playground baseball team was scheduled to play a three-game series against St. Peter’s, a local rival team. During the first game, some St. Peter’s supporters waved a sweater emblazoned with a swastika, antagonizing their Jewish opponents. Harbord Playground won the game, further antagonizing St. Peter’s fans.

That night, some fans vandalized the park’s clubhouse, painting a swastika and the words Heil Hitler. The vandals told local journalists their aim was “to get the Jews out of the park.”

The next game in the series was scheduled for two days later, and local officials were worried that violence might break out. The secretary of the Toronto Amateur Softball Association requested extra police protection at the next game, but his appeals fell on deaf ears.

Instead, a large crowd of locals gathered in Christie Pits on Wednesday, August 16, expecting violence to break out. During the game, violent scuffles broke out between antisemites and Jewish fans, and the limited police force stationed in the park was forced to break up fights. Anti-Jewish taunts were heard throughout the game.

At the end of the game, some St. Peters fans unfurled a homemade swastika flag and started screaming “Heil Hitler”. The game descended into a melee, with antisemitic “Anglo” Canadians battling Jews. In some cases, members of other despised local minorities such as Italian and other immigrants came to the aid of the Jews.

Over a thousand people at this time poured into the park and nearby streets, many baying for Jewish blood and fighting local Jews. A number of the combatants – both Gentiles and Jews – wielded clubs, pipes, and other deadly objects.

A 16 year old local Jewish boy, Joe Goldstein, joined the melee, and was knocked unconscious with blood pouring from his head. Taken to the hospital by the police, his injuries started a rumor that a Jewish youth had been killed by the mob. This inflamed tension further, bringing even more people out to fight. The Toronto Daily Star later described the scene:

“…a crowd of more than 10,000 citizens, excited by cries of ‘Hail Hitler’ became suddenly a disorderly mob and surged wildly about the park and surrounding streets trying to gain a view of the actual combatants, which soon developed in violence and intensity of racial feeling into one of the worst free-for-alls ever seen in the city.  Scores were injured, many requiring medical and hospital attention…  Heads were opened, eyes blackened and bodies thumped and battered as literally dozens of persons, young or old, many of them non-combatant spectators, were injured more or less seriously by a variety of ugly weapons….”

The street fighting raged all night. Nobody was killed. The police arrested very few people, and brought charges against only two combatants. A single person was convicted for a violent offense, a youth named Jack Roxborough, who was witnessed holding a club in the air as he stood over an injured man lying on the ground. He received the light sentence of either two months in jail or a $50 fine.

In the aftermath of the riot, Toronto’s mayor, William James Stewart, announced that anyone displaying a swastika in Toronto would be arrested. For many people, the horrific violence of August 16, 1933 was largely forgotten. It was only in 2008 that Heritage Toronto erected a plaque remembering the night of violence at Christie Pits.

For Toronto’s Jews, the riots and the intensity of the hatred directed against them was an enduring reminder that many of their neighbors, witnessing the growth of Nazism in Europe, sympathized with Hitler’s odious aims.

Dr. Alt Miller lives with her family in Chicago, and has lectured internationally on Jewish topics. Her latest book Portraits of Valor: Heroic Jewish Women You Should Know describes the lives of 40 remarkable women who inhabited different eras and lands, giving a sense of the vast diversity of Jewish experience.  It’s been praised as inspirational, fascinating, fun and educational. 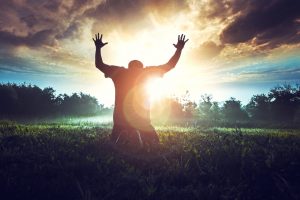