The National Security Council of Ukraine has imposed sanctions against Mikhail Gundyaev, the nephew of Patriarch Kirill (Gundyaev) of the Russian Orthodox Church and 21 other representatives of this church. Also on the list is Sergey Ryakhovsky, the head bishop of the Russian Union of Christians of the Evangelical Faith (Pentecostals), according to Christian Megaportal inVictory.

“The decision of the National Security and Defense Council concerns our spiritual independence, which we are strengthening and will continue to strengthen. Sanctions have been imposed against 22 people – citizens of Russia, who, under the guise of spirituality, support terror and genocidal policies,” the president said in a video message following the 334th day of the war.

With regard to the head of the Russian Orthodox Church, Patriarch Kirill, Ukrainian sanctions have been in force since October 2022.

At the beginning of the war, Sergei Ryakhovsky supported Russia’s actions against Ukraine and made loud statements. One of the things that stirred up the Christian community was Ryakhovsky’s speech at the round table “World Traditional Religions Against the Ideology of Nazism and Fascism in the 21st Century” in the State Duma of the Russian Federation.

After that, the founder of the “House on the Rock” ministry, Pastor Denis Podorozhny, Russian Bishop Vitaly Kogan, made an open statement to Ryakhovsky.

Sergey Ryakhovsky also told RIA Novosti that ROSHVE is preparing to “master” churches in Ukraine, speaking of the occupied territories.

The Pentecostal Union of Ukraine condemned the activities of the head of the ROSKhVE Sergey Ryakhovsky.

Religious scholar Roman Lunkin wrote on his Facebook: “The case of the Protestant Bishop Sergei Ryakhovsky is still unique. Almost all pastors in Russia try to either say something exclusively pro-Ukrainian, like Baptist Yuri Sipko or with a bold hint of anti-war, like Pastor Albert Ratkin, or say nothing or in such a way that the position is not completely clear, like Bishop Eduard Grabovenko or the head of the Baptist Union Petr Mitskevich. In the current situation, this is also considered art.”

“I am afraid that Bishop Sergei Ryakhovsky had no alternative – he is at the top of the entire Protestant community in the face of power. And very patriotic events were held last year at various venues and in the Civic Chamber of the Russian Federation. A member of the chamber and a member of the presidential council cannot get away from them, ”said the religious scholar.

On the ROSHVE website, Sergei Ryakhovsky’s official response to the sanctions lists was published.

“With sadness, I observe how politicians, primarily Ukrainian, with the support of a number of their colleagues from other countries, continue to fan the fire of the fratricidal conflict that is taking place in the territories of Ukraine and Donbass. This whole list of sanctions looks strange and ridiculous. Its only goal is to add a little more hatred, point to another group of people and say: “Here they are to blame for everything,” said Ryakhovsky. 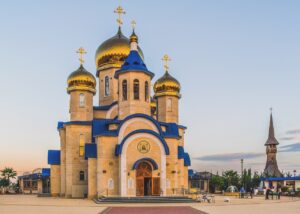 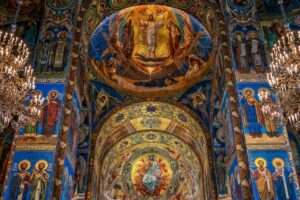 Juri Sipko: “Why is Orthodox Church so cruel?”