A new report from the United Nations indicates that both Russia and China have continued to supply Myanmar’s military junta (the Tatmadaw) with weapons to continue their assault on their political opposition and civilians.

The UN’s Special Rapporteur on Myanmar Human Rights, Thomas Andrews, released a report yesterday revealing that Russia, China, and Serbia have continued to supply arms to the  Myanmar junta even after it began a violent crackdown on its political opposition. The report indicates that both China and Russia have supplied the State Administration Council’s (SAC) Tatmadaw with attack aircrafts following the coup in February 2021.

The report confirms what many of observers have been worried about, that major global powers are supporting the junta’s violent campaign, prolonging their efforts to crush the democracy movement and their ethnic opposition. Despite both Russia and China being permanent members of the UN Security Council, they have continued to prolong this conflict, while the majority of the UN community searches for a solution to the violence. In a statement posted to twitter by the Special Rapporteur Andrews, he implored the international community to put an end to the profiting from the conflict, “you can’t claim to want to help put a fire out while pouring gasoline over the flames.”

This allegation is an absolute travesty, as we know that in the junta’s attempt to break the pro-democracy movement, they continue to target religious and ethnic minorities in the country’s outer regions resistant to the junta’s leadership. Airstrikes have affected a substantial number of civilians in the Myanmar, including many Christian groups caught in the violence. Mr. Andrews alleges that the nations supplying arms to the junta do so with “full knowledge that they would be used to attack civilians.”  He further calls on the UN Security Council to call for an emergency session to prohibit the sale of weapons to the regime and choke their ability to commit atrocities against civilians.

This news comes as both Beijing and Moscow are facing incredible international scrutiny. Beijing closed out its Winter Olympics this past weekend, which saw a tremendous amount of opposition for their ongoing abuses of human rights in Xinjiang, Tibet, and across the country as they suppress religious minorities, including many Christians. It also comes quickly on the heels of the Russian incursion into Ukraine’s breakaway regions, which saw Moscow officially recognize the breakaway provinces before announcing the deployment of a peacekeeping force into the self-declared people’s republics.

The conflict in Myanmar remains a critical conflict in need of international support to reduce the bloodshed. This report must serve as a stark reminder of the severity of this conflict and the need for a united front toward finding a peaceful resolution. It must be made clear that the rights to elect a government of their choice, to freely practice their faith, and to live without fear of a brutal regime, should not be subject to the profiteering of the regional superpowers.

The international community must act quickly to mitigate the violence occurring in Myanmar and must make it clear that providing arms to the junta will only continue the violence against those caught in the crossfire. 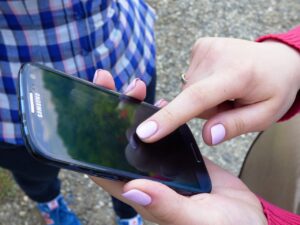 “Call your family, we don’t give you any guarantees.” How to find support in the most difficult moments of life