One day a young hunter was hunting a deer. When the young man, excited by the pursuit, finally got the prey, it turned out that he had invaded the royal lands. The court officer arrested the criminal and brought him before the royal house.

The king said: “You must be put to death according to the law. However, given the unintentional nature of your crime, we can give you a chance to avoid that unfortunate fate. If you solve my riddle in one year and one day, I will ease your punishment. ” “I agree,” the unhappy man replied, as he had nothing to lose.

“The mystery you have to solve is following,” the wise man declared, “what does a woman want?”

The young man wandered for several months, trying to solve the riddle. He asked everyone he met, but no one could give a clear answer. There was only one night left until the appointed time, and reaching his wits end, the poor man decided to use an extreme measure – to go to the old witch for advice.

When the young hunter, having found the entrance to the cave where the witch lived according to the stories of the frightened peasants, pulled up the canopy, he almost fainted because of the smell. An horrible and hunched old woman stood in the depths of the cave and mixed some slur in the cauldron. In the flickering light of the fire, one could distinguish the rags that covered her shapeless body. Dirty sticky hair on the uncovered head had not seen a comb for decades. Her face and hands were distorted by terrible warts and purulent blisters. The young man froze, unable to breathe because of the smell and horror.

“I’ll give you an answer,” the woman said unexpectedly, without turning around, and her harsh voice made the young man startle in surprise, “on one condition: you will marry me as soon as you are pardoned.” The desperate young man knew he had little chance. “I agree,” he said, trying to hold his breath at the same time.

“Here’s the answer to your mystery,” the witch growled, “the woman wants to decide for herself what she wants.”

The next morning the young man stood before the king, announcing the answer, the wise man could not believe his ears, and confirmed the answer as correct. “Well, you have managed the task given by us,” the king declared. But as soon as he said these words, a witch appeared in the middle of the throne room. Due to an unbearable odor, those present covered their noses with handkerchiefs — some closed their eyes in horror, others — unable to close eyes to this terrible sight. Only the unfortunate young man stood and stared at his shoes.

“Your Majesty,” the old woman said loudly, “this young man swore to marry me when he is pardoned.”

“Is that true?” the king asked.

“Yes, Your Majesty,” the hunter muttered.

“Well,” said the king, “so be it. He doesn’t need a bigger punishment. On the basis of the royal authority given to me, I declare you a husband and a wife. Now let’s party! ”

There had never been such a noisy and joyful wedding in the kingdom, because everyone was united by an inexhaustible source of jokes – the beauty of the bride and the fate of the groom, who alone was not satisfied with it all. The king ordered the young couple to be taken into the guest chamber.

“Wait a minute, husband, I have to get  ready,” the old lady flirted with the groom and walked into the bedroom door, “I’ll ring the bell when I’m ready.” After all the humiliations he had experienced during the feast and waiting with horror for what was to come, the young man was no longer sure: did he choose the best destiny, or was it easier to die immediately and without suffering? He was amazed to see a woman standing in the middle of the room as he entered – she was so beautiful that there was no equal in the world!

What do you think the young man chose?

What would you choose?

After a minute of thinking, the young man replied, “Choose what you want more. Let it be as you choose. ”

“I want to be the most beautiful both day and night,” the beauty replied.

This parable beautifully illustrates the inner conflict of human nature in a fallen world. On the one hand, each of us wants to be “the master of our destiny” and tries to control everything. On the other hand, only by giving a loved one a choice can we achieve what we want.

In modern theology, there are two most popular approaches to the relationship between man and woman. One, egalitarian, prioritizes the need for gender equality. The second, complementary, focuses on their complementarity.

The Scriptures point to the inalienable value of man, both man and woman: “In the day that God created man, in the likeness of God made he him; He made him a man and a woman, and he blessed them, and gave them the name “Man. ” (Genesis 5: 1,2). Neither the current worldly situation of gender nor the law of Moses is in accordance with Gods to original plan. “Moses allowed it, but it was not like that in the beginning” (Matthew 19: 8). Man and woman were created to belong to each other and to rule over the rest of creation. But the law was given because of sin. Sin lies in the desire to own and control another; a person wants to rule over another person.

The difference between these notions of “own” and “belong” is well described by Exupery, when the Little Prince responds to the king who declared his power over the stars: “My volcanoes, as well as the flower, benefit from my rule. But you are of no use to the stars… ”.

Once I was invited to a gypsy camp as a guest. And the very first lesson I had to learn was this: with Romas, property is not understood declaratively, but functionally – what I use belongs to me. The phrase “this is mine” is an empty phrase for them. For example, if I say, “Don’t take this mug, it’s mine,” no one will understand me, and the mug will soon disappear. But it’s worth saying, “I’m drinking from it” – and no one touches the mug. The ethics of the Romas is much closer to that of the Little Prince.

When sin entered, the spouses, whose destiny was to belong to each other and possess the creation, began to try to own each other and, accordingly, at least with fig leaves, to protect themselves from each other’s unauthorized possession. And God resolved the conflict by establishing a hierarchy. A man is given a dominant position over his wife – “For Adam was formed first, then Eve. 14 And Adam was not deceived, but the woman being deceived, fell into transgression.”(1 Timothy 2: 13-14). Moreover, it is meant for a specific man and his wife in particular, not for men in general over all women.

But originally both man and woman, being equal in glory, belonged to each other. Mutual nudity was the highest expression of their relationship. They voluntarily submitted to each other in love. And true love has nothing to do with rights or guarantees. Love is the highest manifestation of voluntary giving away of rights : “Love suffers long and is kind; love does not envy; love does not parade itself, is not puffed up;  does not behave rudely, does not seek its own, is not provoked, thinks no evil; does not rejoice in iniquity, but rejoices in the truth; bears all things, believes all things, hopes all things, endures all things.” (1 Corinthians 13: 4-7).

Clive Lewis writes: “Be in love and your heart will be in danger. If you want to protect it, don’t give it to anyone. Wrap your heart in her pettiness and whims; lock it in a selfish box. In this safe dark airless coffin, it won’t break. It can no longer be broken, touched or saved. The alternative to distress, or at least risk, is death. In addition to heaven, you can only protect yourself from the dangers of love in hell. ”(“ Love ”).

Scripture teaches that God’s original purpose will be restored in the resurrection of the dead and in the life of the age to come. This means that the original anarchic system of mutual subordination is restored in love. Part of this is already happening in the Church, in the Body of Christ: the man and the woman clothed in Christ are again equal in glory. “All who are baptized into Christ are clothed with Christ. There is neither Jew nor Greek, there is neither bond nor free, there is neither male nor female: for ye are all one in Christ Jesus. ” (Galatians 3: 27-28).

But equal in glory does not mean equality. On the contrary, the restoration of the original order in God’s house does not take place through the renunciation of one’s reciprocal rights: “Wives, submit to your own husbands, as to the Lord…Husbands, love your wives, just as Christ also loved the church and gave Himself for her” (Ephesians 5:22, 25). . “Befilled with the Spirit… submitting to one another in the fear of God” (5: 18,21).

The word translated as “submit” had a double meaning in apostolic times. As a military term, it meant acting at the disposal of the commander or adapting his step to the “step” of the marching column. Its common meaning was to agree voluntarily, to cooperate and share responsibility, to take on someone’s burden. No wonder the apostle admonishes us to “bear one another’s burdens, and so fulfill the law of Christ” (Galatians 6: 2).

So what does a woman want? Yes, the same as a man. Everyone wants to decide for themselves what they want. The most popular unspoken prayer in this earthly world is “May my will be done!” But true happiness, true conformity to our destiny, will only be achieved if we learn to say to both our Creator and our loved ones: “Let not my will be done, but thy will.” How Does She Do It? The Making of an Atypical Woman 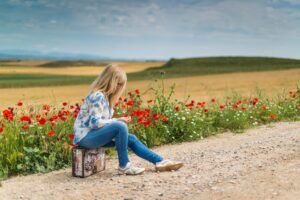 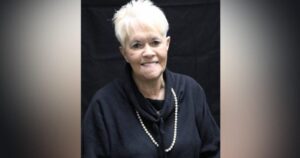 A British woman has been arrested for silently praying outside an abortion clinic. He faces criminal proceedings