The 2023 WWL Persecution Report map shows the 50 countries which are most dangerous for Christians. These countries also include Comoros (ranked 42) and Nicaragua (ranked 50), which are newcomers this year.

Islamist terror is fueled by human trafficking, climate change and the presence of  Wagner Group mercenaries in Africa, supported by the Russian authorities. At the same time, authoritarian countries are organizing behind the new interpretation of human rights promoted by China. The situation of Christians in North Korea and Afghanistan continues to be extremely difficult.

According to WWL’s first persecution report published in 1993, Christians in 40 countries suffer from severe, very severe or extreme persecution.

Now, 30 years later, the same figure has almost doubled and already affects 76 countries. Around the world, about 360 million Christians, or one in seven, suffer at least some form of serious persecution or discrimination because of their faith.

Extreme violence that led to disaster in Africa

Jihadist violence and the resulting exodus have become a persistent phenomenon in sub-Saharan Africa. The level of persecution is very high in at least 26 countries.

The attacks are most violent in Nigeria (7), where the Fulani tribes, Boko Haram and West African ISIS fighters are destroying Christian communities. Last year, 5,014 Christians were killed in attacks, which corresponds to approximately 90% of the murders of Christians worldwide during the reporting period.

China (17) seeks to promote its views on human rights internationally and campaigns to redefine religious freedom and other universal human rights. Parties opposed to the project, such as Christians, are persecuted and considered troublemakers or even terrorists.

The persecution is linked to digital surveillance technology in China, which is spreading to other authoritarian countries.

North Korea (1) is back at the top of the WWL report, where it has been since 2002, except for the previous reporting period.

The rise is due to the Anti-Regressive Thinking Act, which made all foreign publications, such as the Bible, illegal. The law increased arrests of Christians and led to the closure of even more secretive house churches.

The Taliban made Christians invisible, or refugees

Afghanistan’s ranking (9) has fallen from last year’s first place to ninth. After the 2021 coup, many Christians were executed when Taliban houses were searched. Those who remained hid or fled abroad.

In 2022, the Taliban focused on finding those who worked with the previous regime and no longer targeted Christians. 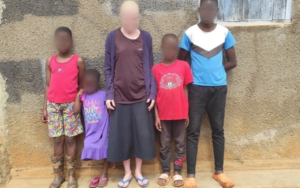 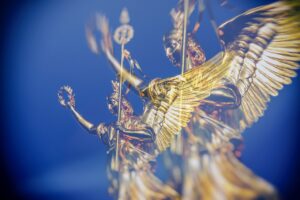 5 Christian Athletes to Watch at the Winter Olympics

Alcoholism, Violence and Despair: Why Preach the Gospel in the Villages in Russia?