If you have strained or broken relationships with parents (even deceased ones), how can you forgive them for their sinful failings and defects? How can you learn to view them through gracious lenses?

I’m not a trained counselor, but I had a strained relationship with my dad (who died in 1984), and over the last few years I have walked a slow journey toward understanding, mercy, and forgiveness. So let me try to answer these two questions by sharing some parts of my story. My story is unique, as is everyone’s. But perhaps, as you consider the path God has led me down, your own next steps will become clearer.

How Can I Forgive?

Let’s start with the question of forgiveness. It’s easier to forgive when we can see some of the benefits a bad experience brought. Since my father did not abuse me or harm me in the ways we sometimes read about in newspapers — others have it tougher — I eventually realized that my father’s defects actually made my life easier in three ways: easier to feel successful, easier to do what I wanted, and easier, through God’s grace, to profess Christ.

GOOD FROM THE BAD

It was easier to feel successful because, as I grew up, my mother constantly disparaged my father, essentially labeling him a lazy loser. That wasn’t fair: he worked consistently for forty years, didn’t get drunk, and didn’t beat her — but he was also an underachieving Harvard graduate. She didn’t respect him because he didn’t get the respect she thought he deserved.

The other day, half a century after seeing it in a theater, I streamed Love Story, set at Harvard. A successful student-athlete there has an ultra-strained relationship with his father, an old-money, elite lawyer who competed in the 1928 Olympics. The son, who calls his dad “Sir,” has a high bar to leap and feels he can never meet Sir’s expectations. I, on the other hand, could feel successful by leaping over a low bar. That’s not bad.

My dad was not absent, but he was distant. I suffered in some ways as a result, but I also gained independence by not caring much what my father thought. I left Judaism at age fourteen without worrying about his disapproval. Later I could tell him about my coming to faith in Christ and my upcoming marriage to a shicksa, a non-Jew, without concern about his disapproval.

I believe I’d have had the guts and good sense to marry Susan regardless, but a few Jews with good paternal relationships become petrified at that point. More are lassoed by Jesus but keep tugging on the rope — or they at least keep their changed thinking secret to avoid upsetting parents. That’s not sensible, since Yeshua proclaimed his Jewishness as he said he’s the Christ. Either way, I never had that problem.

Forgiveness in Christianity, of course, means more than relenting in resenting: it involves sacrifice. God forgives us because of Christ’s supreme expression of love. The famous line in Love Story is “love means never having to say you’re sorry,” but I truly love my father only by sacrificing my pride and being sorry for never thanking him for all he did for me.

“Forgiveness in Christianity means more than relenting in resenting: it involves sacrifice.”

His gift started with giving me life, of course, and continued to his material provision for me. I was able to graduate from an expensive college with almost no debt. My father had no car until he was thirty, but I grew up with driving privileges and did not have to pay for them. He grew up poor during the Depression, but he made sure his family had a home. We never went hungry.

The intangibles, though, are now more tangible to me. My research into his experiences leaves me 80 percent sure that he faced abundant anti-Semitism as a teenager. He never told me about that. I’m 90 percent sure that immediately after World War II he saw concentration camps while working as a translator and expediter for survivors and refugees. He never talked about that.

What if, as I was growing up, my father had embedded in me the gruesome detail he almost certainly saw while sweeping up the ruins of the Third Reich? What if he had told me how some of my great-grandparents probably received bullets in the head from Nazi soldiers and collaborators?

As I wrote in Lament for a Father, a book published earlier this year, I grew up without consciousness of anti-Semitism. It was undoubtedly there, but I was unaware. What if my father had rat-a-tat-tatted into my brain a sense that the world was against me? For a decade in the late 1960s and early 1970s, I went seriously astray but retained an overall optimism unmarred by nightmares about Holocaust horrors. I regret as an adult not pressing my father further for information about his past, but I now see method in his reticence.

I suspect my father, like a murder detective who doesn’t tell his wife what he saw that day, also spared my mother the specific detail. But as those law-and-order TV shows have frequently informed us, there’s a cost to the person who psychologically isolates himself to keep the virus of pessimism from spreading. My father was hostile to Christianity and its central theme of supreme sacrifice for others, but he did sacrifice — and I belatedly thank him for that.

How Can I Show Grace?

To address question two: Is that viewing him through gracious lenses? If we say in a secular way, “Give me grace,” we mean, “Understand what I’m going through.” I can imagine what a blow it was when my father changed his theology to one acceptable at Harvard, only to be kicked out of Harvard’s graduate school when he didn’t fit socially. I can imagine what it was like to see Jewish corpses stacked up like logs in Germany. I can imagine what it’s like to be deeply disrespected by a wife — and then disrespected by his sons. Those are three strikes, so no wonder he struck out.

Understanding can also mean seeing parallels. My grandfather probably disappointed his father by heading to America and never again seeing him. My father disappointed my grandfather by leaving Orthodox Judaism and embracing Jewish Reconstructionism, which is like a fundamentalist joining today’s Episcopal Church. I disappointed my father by believing in Christ. My research into the past helped me see that I’m a family traditionalist.

How then should I react? Psychiatrist Abraham Twerski said, “Human beings need four things: air, food, drink, and someone to blame” (quoted in Prager, The Rational Bible: Genesis, 53). People angry with absent fathers tend to think of them as stick figures rather than complex humans, so researching a father’s life fleshes him out. It may knock out the blame game and create opportunity for a good relationship if the father is alive, and more understanding if he’s not. Regardless, God commands us to honor our fathers and mothers for their sakes and our own. It’s the only commandment that comes with a gift certificate: obey it so “your days may be long in the land the Lord your God is giving you” (Exodus 20:12; see also Ephesians 6:2).

Again, I’ve had it easy: my father was distant, not devilish. Either way, we need to realize that we all fall short — in different ways and to different degrees, yes, but all without exception. Fathers often aspire to do better for their children than their fathers did for them, often by giving them what they wanted to get and did not — but the children may want something different from what the fathers provide. The road to reconnection starts with the realization that we’re all sinners, and that we should condemn not, lest we be condemned (Luke 6:37).

So I can certainly forgive my father his sins, and hope others will forgive mine. I can view him through gracious lenses only because God gave me glasses, and because God in his infinite mercy views me graciously. Otherwise, we just pass on original sin in our natural wretchedness. At first glance, an iron chain binds generation to generation. Yet sometimes, with God’s grace and mercy, that iron chain becomes a readily breakable daisy chain.

“I can view him through gracious lenses only because God gave me glasses.”

Those who see the miraculous transition cry out joyfully, as the apostle Paul did, “Wretched man that I am! Who will deliver me from this body of death? Thanks be to God through Jesus Christ our Lord!” (Romans 7:24–25). When we have faith in God, we can look squarely at our own sin because nothing is a surprise to God. We learn that we’re worse than we have imagined but more loved than we could have hoped for.

I love my father, who was wounded — as was my mother, as was her father, as is everyone. But no wound is too deep for Christ to heal.

Source: Can You Forgive Your Father? My Slow Journey Toward Mercy | Desiring God 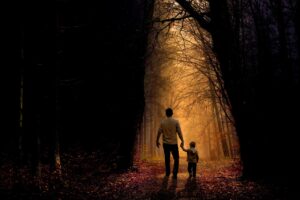 Father. What associations does the word “father” evoke in you? And how can I become a good father? 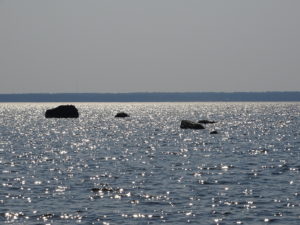 How to Forgive and Let Go of Your Past 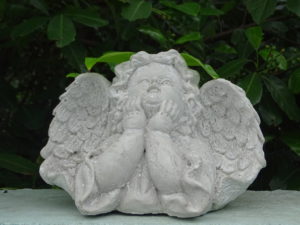 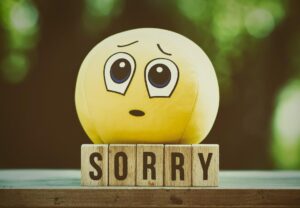 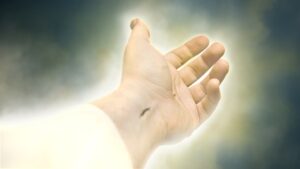 In Belarus, a priest was fined for a sticker “Ukraine, forgive” 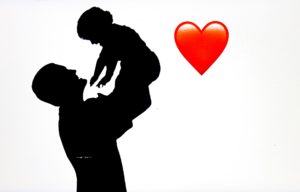 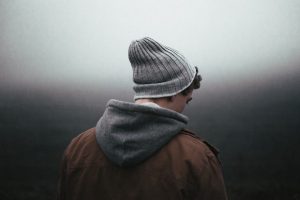 Father, should I completely renounce the world? 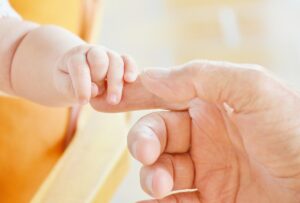